The defendants were charged in a 33-count complaint, including alleged crimes of conflict of interest, embezzlement of public funds, misappropriation of public funds and conspiracy, according to a press release from the district attorney's office.

Aylward's attorney, James Taylor, made a comment and said that his client will start fresh in 2018 and pay his debt to society. But he added "at this point, I would feel (Aylward's) public service career has ended, unfortunately." 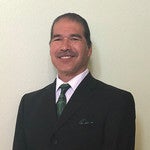 As a former VW automotive technician I achieved the distinction of being the Youngest Volkswagen Master Mechanic in Volkswagen history before my life changed due to the actions of a drunk driver; I could no longer work in my profession due to career ending injuries. I went to college, Cal Poly P...

Thank you for contacting us. We will get back to you shortly.

Please complete all required fields below.

Fear of the unknown is not a good thing. Let me help make that fear disappear by giving me a phone call and lets see what I can do to help make your troubles go away. A Free Consultation may be all you need to start feeling better about your situation!